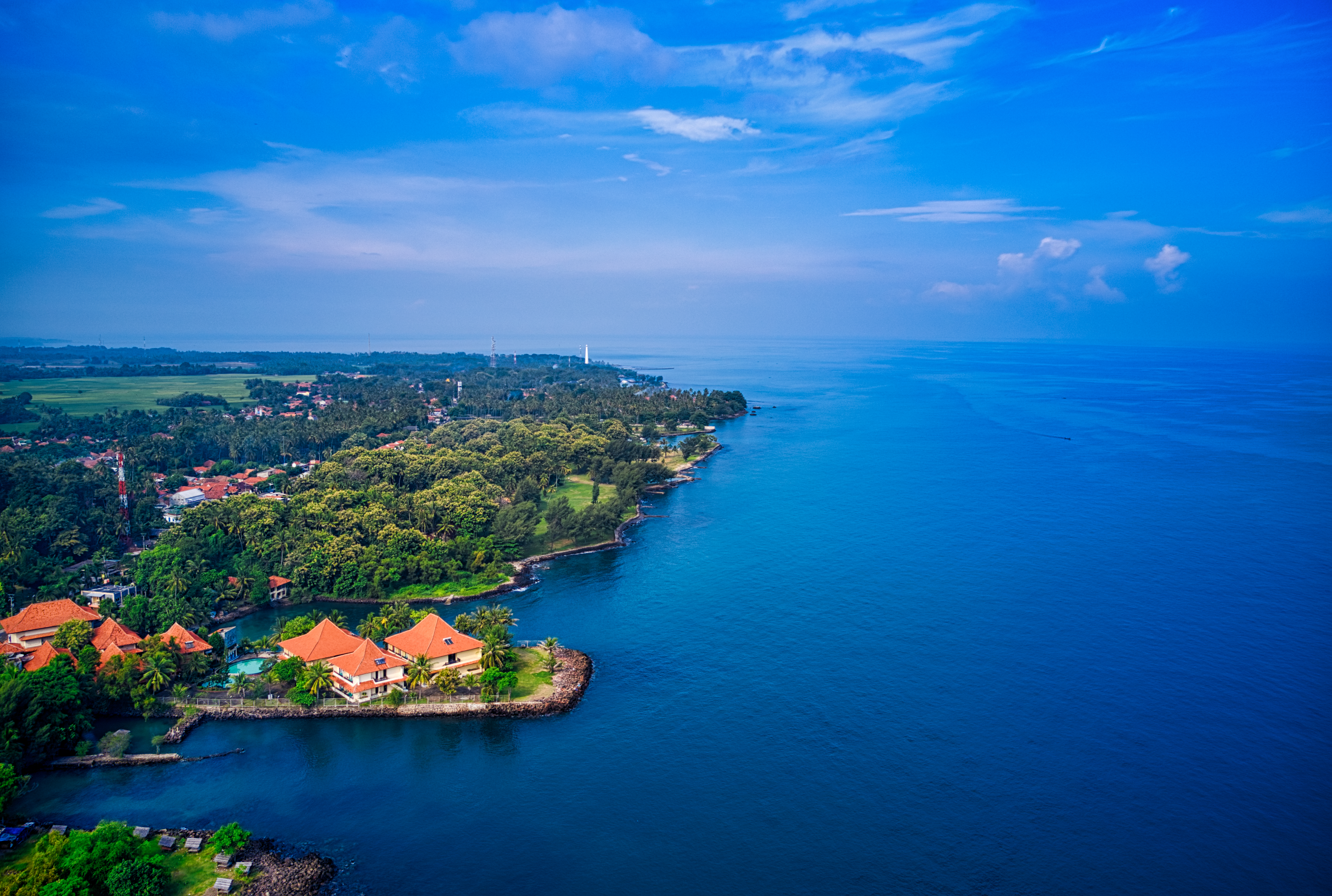 Nakuru, Baringo, Bogoria, and the Kerio Valley in the Central Rift are packed with rich natural and cultural attractions to thrill any tourist. Nakuru is arguably the cheapest city among Kenya’s six major urban centers in terms of food and accommodation. The most prominent feature is Lake Nakuru National Park, 5 km from the city center to the south. Waterfowl, especially the flamingo, congregate along the shores by the thousands. Nakuru was described as the most fabulous ornithological site on earth in the early 1960s and has yet to hold this prestigious title despite some conservation challenges that have seen a reduction in the flamingo population. The park also has a wide variety of large mammals, including large herds of buffalo, impalas, zebras, and the rare white rhino and Baringo giraffe, which are easily seen on safari. The park also has lions and leopards, but it takes a lot of patience to see them.

There are two lodges within the park: Lake Nakuru Lodge and Sarova’s Lion Hill Lodge. It is recommended to book these accommodations in advance, especially during the holiday season, not to mention that they are a bit pricey. There are also public and special campsites. For special campsites, prior reservation is required. Other interests in Nakuru include the Meneganai Crater, which can be accessed via a Murram track, 5 km north of the city. Menengai is listed as the second largest crater in the world and offers a classic view of the city of Nakuru and the lake, as well as the Laikipia highlands and the agricultural settlements of Subukia and Dundori. The crater is a perfect place for picnics, photographs, and outdoor food and drinks.

There is the prehistoric site of Hyrax near the town and Lord Egerton’s castle in Ngata, run by the National Museums and Egerton University. Accommodation outside of Nakuru Park is plentiful and varied to suit everyone’s wishes and budget. There are hotels, guesthouses and private camps, all with a unique atmosphere and individual characteristics to suit diverse tastes and interests.

Travelers with little more time will find Baringo a worthy experience. It is about 100 km from Nakuru and traffic is minimal, although the goats and potholes in the road become increasingly unpredictable, especially after the equator. Important landmarks include the entrance to Lake Bogoria on the right and the Kabarnet junction on the left, a few kilometers ahead. Drive towards Marigat and after passing the city look for a detour from the road, then enter Kampi Ya Samaki Mall, the commercial base of Lake Baringo. It is quite hot and humid, but it is a beautiful place to be. There is something for everyone here, from bird watching, water sports, and cultural and historical sites. Over 450 species of birds have been seen around Lake Baringo, which is also famous for reptiles such as crocodiles, turtles, and snakes.

The story is told of how, in the late 18th century, the Maasai and Samburu, who had lost their livestock in raids, came to settle on this once fertile land. The Maasai named the residents I’I Chamus for their uncanny ability to anticipate raids. Towards the end of the 19th century they stole and started fishing. Later the Europeans gave them the name ‘Njemsi’ and the Njemps of today still raise livestock, fish and grow crops. The Njemps are a key attraction and a visit to them is made more exuberant with the boat ride on the lake. Hippos and crocodiles are numerous in this lake and therefore swimming is not advisable. The first European to see Lake Baringo was Joseph Thomson in 1883. He had to stand on a table to shoot an elephant because the grass was so tall! Permanent streams from the surrounding hills fed the lake and the area was rich in wildlife. Today, the rivers have dried up and the human population has grown with its corresponding agricultural activities and settlements. However, the place retains a desert aura.

In the 1950s, David Roberts, a crocodile hunter for the Dragon Tanning Company, established a lakeside home with his wife Betty and opened a fish factory before building Fish Eagle Camp for tourists. In 1963, the lake rose 20 feet, submerging his home and destroying the fish factory. In 1966, Betty, who had just been widowed, was left with six children, but sold the Fish Eagle Camp to Mike Skinner, who built the family lodge that is now part of Block Hotels’ Lake Baringo Club. Betty still lives above the defunct fish factory next to the popular Roberts’ Camp. Lake Barinog Club continues to be one of the region’s leading resort hotels offering full board accommodation, attractive lodge accommodation, and cheaper bands or tents. Thirsty Goat Restaurant has a fully stocked bar and delicious dishes at reasonable prices.

It is convenient to walk along the shore of the lake and watch the birds. Hippos graze on the lawn at night, while crocodiles can also be seen basking in the sun along the lake shore. Guests can swim in the Baringo Club’s pool for a small fee. For a slightly lower budget, the Soy Safari Lodge inside Kampi ya Samaki is a safe alternative. It is wonderfully located next to the lake. One can get a view of the lake and its island in the distance. The hostel has a swimming pool and offers boat trips on the lake and the Njemps Islands for a fee.

For those with time and a lot of money, the Island Camp is worth the price. Advance booking is always recommended as it is a popular site and transportation must be arranged from the lake shore. The visitor leaves the car on the mainland and gets on a hotel boat. The Island Camp is an exclusive luxury venue, which has won several national awards. From Baringo, you can visit neighboring Lake Bogoria, which is equally popular. It is located 15 km from the main road and about 20 km from Baringo. Lake Bogoria is famous for its rich bird life. It is the second home of flamingos in Kenya, sometimes registering up to a million birds. This is in addition to numerous other waterfowl.

Another geographical feature to marvel at here is the hot springs. The hot springs have continued to fascinate visitors for generations. The Tugen myths surrounding the property make the visit worthwhile. It’s fun to see how quickly hot water flowing from the ground can boil eggs. There are campsites where picnicking families can spend the day sunbathing in this well-protected national park. If you are lucky, you might see the rare antelope known as the Great Kudu.

The Lake Bogoria Lodge, a three-star hotel in a pleasant setting on the outskirts of the park, offers accommodation. The hotel is a bargain lover’s paradise and you can swim in the natural warm water drawn from the underground springs. At the gate of the park is the Hotel Papyrus, a low-budget kit suitable for visitors who are simply interested in a drink or nyama choma. Baringo has one of the most successful irrigation projects supported by the Pekera River, one of the rivers that feed Lake Baringo. The Pekera Irrigation Plan produces watermelons, onions and tomatoes. Stop in Marigat, municipality between lakes Baringo and Bogoria, to buy these fruits and vegetables, however, a visit to Baringo is incomplete without a circuit through the Kabarnet-Sacho circuit. It forks after Marigat from Baringo on the right. As you do so, you will find the tastiest goat meat popularly known as koriema, after a village in Marigat and Kabarnet, where goats come from local wisdom, says that the area has special medicinal plants that make up the goat’s diet. local. Koriema meat is available at the Koriema mall along the road or in the town of Kabarnet.

Kabarnet is located on the slopes of the Tugen Hills overlooking the picturesque Kerio Valley to the west and Lakes Baringo and Bogoria to the east. The Kabarner hotel is just 2 km from the city to the north and is a pleasant stop with beautiful gardens that are perfect to relax and have a drink or drink. To get a proper view of the Kerio Valley, drive a few kilometers west towards Iten. There are convenient vantage points from which you can take pictures. If time permits, driving to the river Kerio at the bottom of the valley can enrich the experience. After Kabarnet, follow the Sacho route through the Tugen Hills towards Eldama Ravine. It is very panoramic and is made even more picturesque by the beautiful natural vegetation. In Kiptangich, there is another viewpoint and a camp where a group can stop to take photos or eat. Not far from here is Sacho, the home of retired President Daniel Moi. The path takes you to Eldama Ravine, which takes you back to the Nakuru – Baringo highway near Kabarak.